Evoque Art House is a film production company founded in 1996.

Its focus is the production and co-production of genre films that follow the tradition of the glorious Italian cinema of the past, bringing stories with an international appeal to the big screen with the help of talents, authors and professionals of the highest quality.

Evoque Art House aims to broaden the horizons of the current Italian film market by independently financing films that are able to compete worldwide while maintaining the tradition of our cinematography. 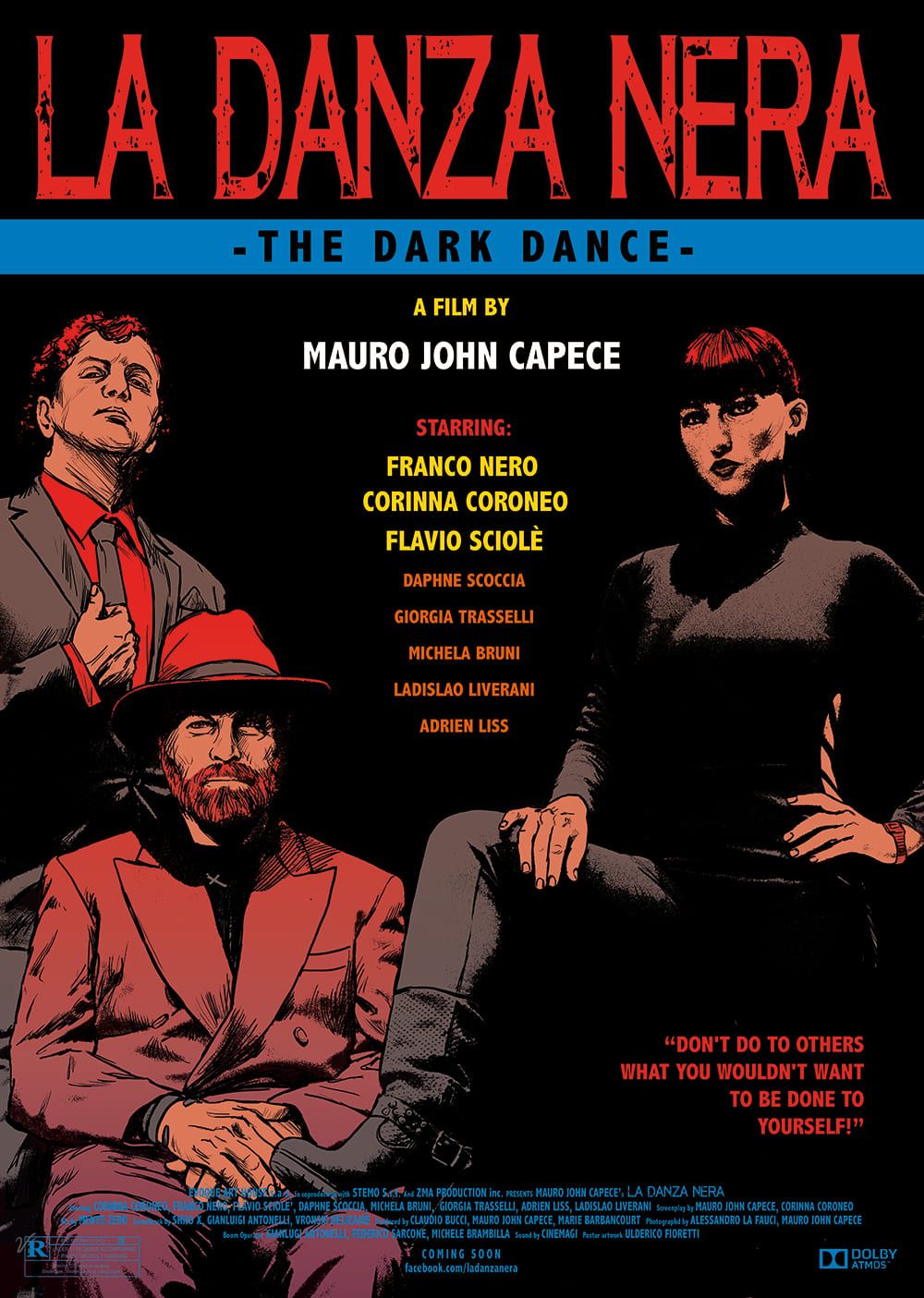 The film La Danza Nera, by Mauro John Capece, a political thriller melò, was due to be released in theaters on April 16, 2020 in 85 theaters. It was also scheduled for many events, but its release was postponed due to the Covid19 emergency. It boasts a cast of actors such as Franco Nero, Corinna Coroneo, Daphne Scoccia, Flavio Sciolé, Giorgia Trasselli and Michela Bruni. La Danza Nera is an Italian-Canadian co-production (Stemo Production, Evoque Art House and ZMA Productions). The shooting took place in Abruzzo, Lazio and Puglia. The Dark Dance is, in fact, a film dedicated to those who have never had a voice or real opportunities in life. It tells about a mayor, loved by his community and a candidate for the Chamber of Deputies, who conflicts with a dancer, angry with the world, graduated and against the current times. The Dark Dance has obtained numerous awards including the most prestigious Best Film at the Canadian Cinematography Awards 2020, the European Cinematography Awards 2020 and 3 Best Actor Awards (Franco Nero). 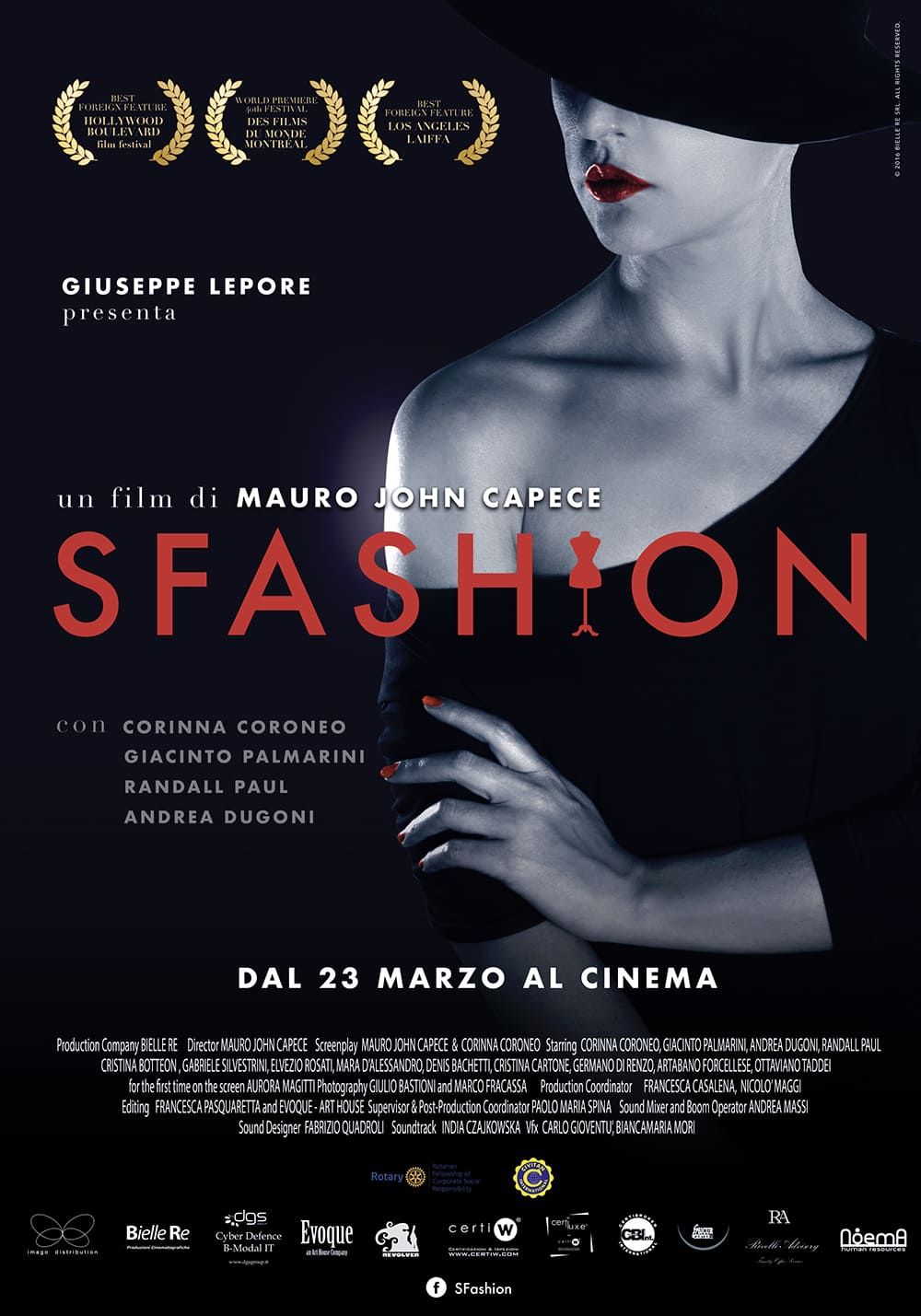 World Preview at the Montreal World Film Festival
Distribution: Imago Distribution
Release in Italian Cinemas: 23 March 2017 (UCI circuit)
SFashion is a 2017 drama film directed by Mauro John Capece and starring Corinna Coroneo and Giaconto Palmarini. SFashion is a 2017 film that deals with the difficult issues of decline and crisis and with the economic breakdown which is typical in our country. All this materializes in the protagonist Evelyn, an honest, elegant and refined businesswoman who is managing the family business in this difficult moment of economic crisis. Her situation is shared with many Italian businessmen, who suffocated by debts, unions, too many taxes, and above all by the immobility of our country, are no longer able to carry on their businesses. In recent years, the issue of the crisis has been addressed from the most various of perspectives -but almost never- from the point of view of honest entrepreneurs. People have often paid the highest price, as shown by the high percentages of suicides. This is the first main point of the film: to focus our gaze on long-forgotten people. 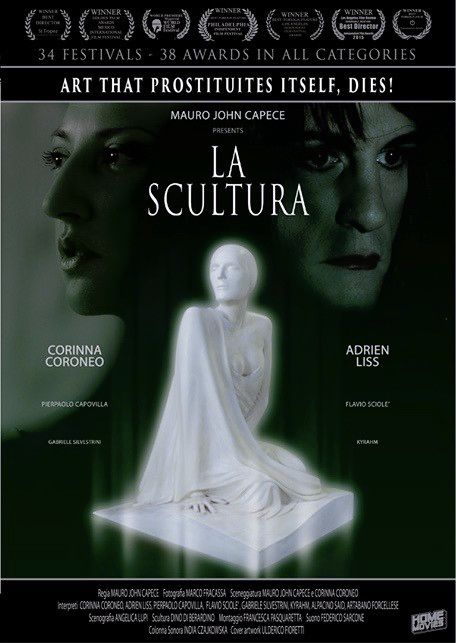 World Preview at the Montreal World Film Festival
International distribution: Leomark Studios
Release in Italian Cinemas: 23 March 2017 (UCI circuit)
La Scultura is a 2014 drama f ilm directed by Mauro John Capece and starring Adrien Liss, Corinna Coroneo, Flavio Sciolè and the famous Italian singer-songwriter Pierpaolo Capovilla. The Sculpture carries out a precise thesis: the art that prostitutes itself dies. The story is inspired by an inversely proportional existential path that the two protagonists of the story, Moses and Korinne, make when their lives cross. Moses is a very talented sculptor who, although absorbed by his own art, experiences every day how diff icult it is to survive as an artist in Italy.
Presented as a world premiere at the 38th Festival Des Film Du Monde De Montreal / Ffm 2014, The Sculpture has obtained numerous international awards by collecting 38 Awards in 34 Festivals. Currently, it is distributed on Amazon Prime America. 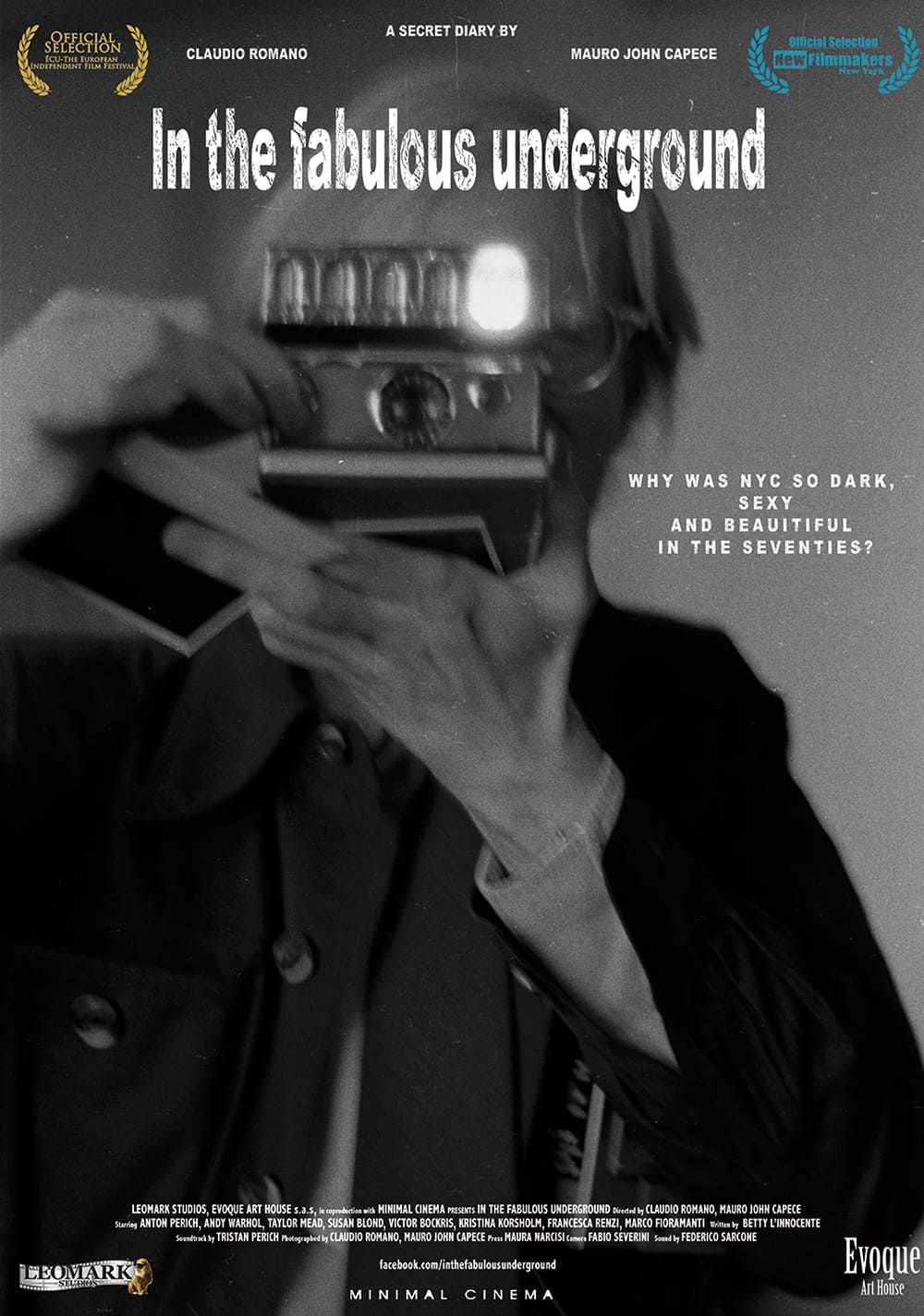 IN THE FABULOUS UNDERGROUND

International distribution: Leomark Studios
The Fabulous Underground is a 2012 Biopic directed by Claudio Romano and Mauro John Capece and written by Betty L'Innocente. It is coproduced by Evoque Art House and Minimal Cinema.
The Fabulous Underground is the secret diary of New York in the 70’s in the Andy Warhol factory. It tells the life of Anton Perich, photographer, painter and underground director active in New York since the 70’s. Perich, a Croatian adopted by New York, is known to have been a photographer for the magazine Interview Magazine, edited by Andy Warhol. Perich has captured the Beat Generation, the Punk Generation and the Warhol generation like no other. In 1978, Perich invented and created the Painting Machine, a machine that was able to paint on its own. What makes The Fabulous Underground unique are the unpublished films shot between Studio 54 and Max’s Kansas City, that show characters such as Salvador Dalì, Muhammad Ali and Andy Warhol himself. The film also features Taylor Mead, Susan Blond and Victor Bockris (an Andy Warhol accredited biographer). The famous critic, Patrick Smith, appreciated the lyrical tension of beauty and the loyalty to the audiovisual canons in The Fabulous Underground. 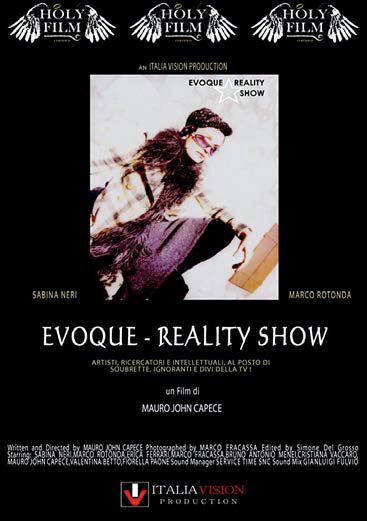 World Preview at the Rome Film Festival 2008
Evoque Reality Show is a 2008 feature film on youth, modern art, nature and hypnosis. Made with public funds and private investments, it was previewed at the Rome Film Festival 2008 in the Extra section - Cinema D'Essai. It also received the DOGMA 95 certification. It tells the story of a group of artists and a scientist who decide to stay in a house immersed in the beauty of the Abruzzo National Park, an Italian national reserve. Evoque Reality Show is a neorealist film, which plays with the language of television and transforms it into pure cinema. In the foreground there are artists, researchers and intellectuals, rather than soubrette, ignorant and TV stars!